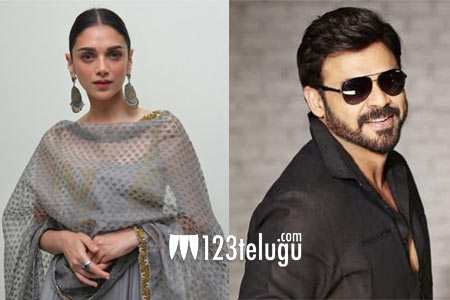 Post her debut in the Mani Ratnam film Cheliya, Aditi Rao has become quite popular in the south. She is being considered for several projects and Aditi has already signed a few.

The latest reports now reveal that Aditi is currently in talks to play the female lead in Victory Venkatesh’s new film in the direction of star director Teja.

Talks are in the advanced stages and we need to see whether Aditi accepts this project or not. Suresh Production produces this film which will have Venkatesh as a college professor.