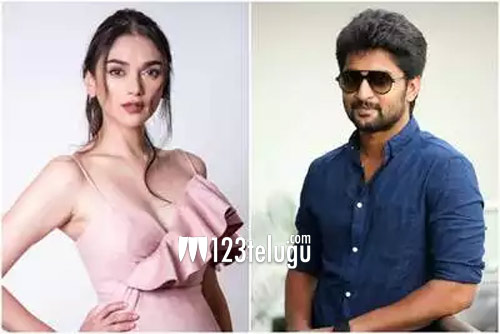 It is a known fact that Mohana Krishna is busy scripting his latest film for Nani. He is giving finishing touches to the script and is also casting for the film.

The news now is that Mohanakrishna has approached Aditi Rao Hydari to romance Nani in the film. Though this news has not been confirmed yet, it has gone viral in social media.

Aditi made her debut with Indraganti in the hit film Sammohanam which also had Sudheer Babu as the main lead.