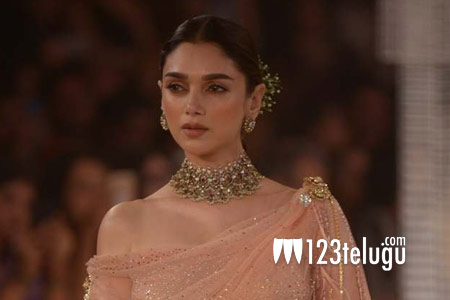 Aditi Rao Hydari’s latest Malayalam film, Sufiyum Sujathayum, which was also the first Malayalam film to release directly on OTT, released to a decent response from the viewers. While the film’s promos and pre-release buzz ensured that there was quite a lot of anticipation for the film, it turns out that Aditi Rao Hydari has managed to impress the critics and audience alike.

The film, which is streaming on Amazon Prime, is said to be a soulful love story, and the unanimous response, so far, has been that it’s Aditi’s show all the way, and several critics praised her performance in particular. Although a section of people also stated that the film has a slow narration and a certain lack of emotional depth, the buzz surrounding the film is picking up post release.

Meanwhile, all eyes are on her upcoming Telugu film V which has been directed by Mohanakrishna Indraganti. Nani, Nivetha Thomas, and Sudheer Babu have also played lead roles in this film.