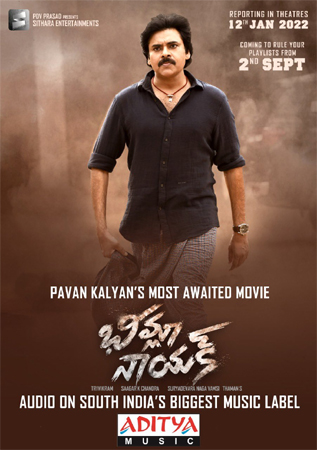 Noted music label Aditya Music has acquired the audio rights to Pawan Kalyan and Rana Daggubati’s highly-anticipated multi-starrer, Bheemla Nayak. The film’s soundtrack is being composed by star composer Thaman, who has been continuously churning out chartbusters.

Also starring Nithya Menen and Aishwarya Rajesh as the female leads, Bheemla Nayak is being directed by Saagar K Chandra. Trivikram has penned the screenplay and dialogues, while S Radhakrishna is bankrolling the project. Bheemla Nayak is scheduled to hit screens on January 12, 2022.