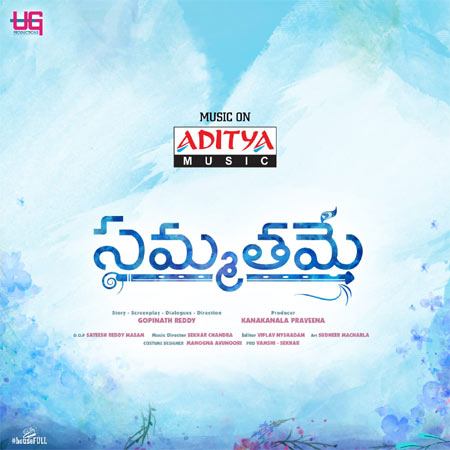 Hero Kiran Abbavaram, who made an impressive debut with Rajavaru Ranigaru is signing some interesting projects. For his next film titled Sammathame, he will be joining hands with Gopinath Reddy.

The latest update is that the film’s audio rights have been bagged by Aditya Music for a decent price. Post-SR Kalyanamandapam, Kiran Abbavaram is working with positive energy on his films.

The film is produced by K Praveena under UG Productions. Billed to be a love drama and family entertainer, Sammathame’ss technical crew includes Sekhar Chandra composing the music, Sateesh Reddy Masam cranking camera, and Viplav Nyshadam in the editing department.