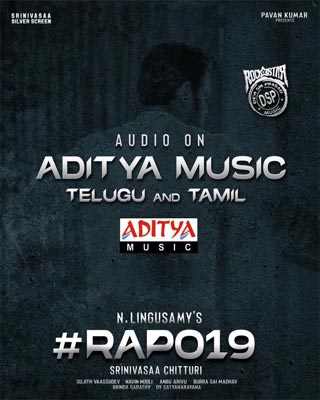 It is a known fact that hero Ram is doing a film in the direction of Linguswamy and the shooting of the film is going on in full swing as of now in Hyderabad.

The film has music by DSP and now the update is that the film’s music rights have been bagged by Aditya music for a whopping 2.7 crores. DSP is in form and gives some great music to Ram always.

So, Adity has gambled big on this film which has Krithi Shetty as the heroine. The film is an action drama and Ram will be seen in a never before role as per the news.