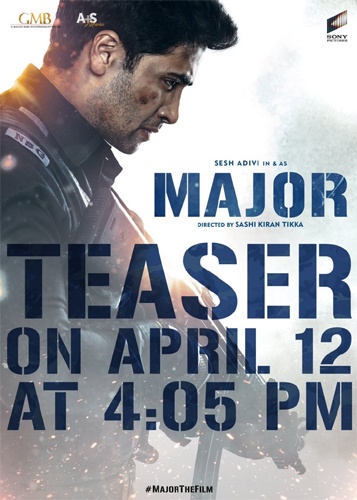 It is a known fact that Adivi Sesh is doing a film called Major. The film’s promotions are in full swing and we all know that the film’s teaser will be out on the 12th of this month.

The talk is that a very hard-hitting and emotional teaser has been readied and the fans will be surprised to see Adivi Sesh as Major Unni Krishnan on whom the film is based. Sasi Kiran Thikka directs this film.

Yesterday, the look of Shobitha Dhulipala was revealed and it went viral. Even Adivi Sesh says that the film is going to be solid and promises a crazy ride. Let’s see if the teaser lives to the hype.

It’ll be MASSIVE. I PROMISE.