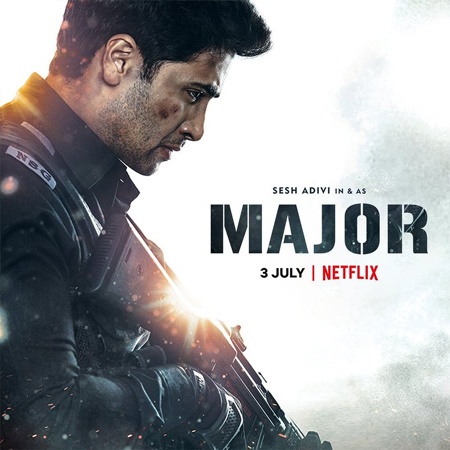 Talented actor Adivi Sesh is currently basking in the grand success of his latest outing, Major. Directed by Sashi Kiran Tikka, the film which was released last month received an unusual response from audiences and critics.

Recently, the movie made its digital debut on Netflix. According to the OTT platform, the movie is currently at the No.1 position in the top 10 movies in India. The surprising part is the Hindi version topped the charts followed by the Telugu version. The actor took to social media to express his happiness about the movie’s success on the OTT platform also.