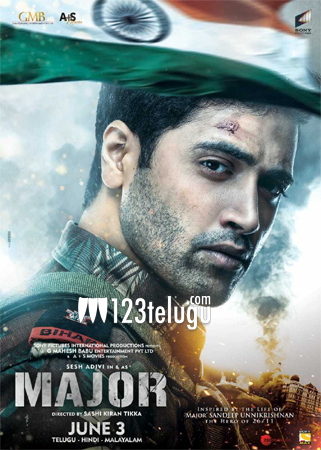 Adivi Sesh’s Major has become a good hit at the box office and is still doing well at the ticketing windows. The film has been produced on a lavish scale and Sasi Kiran Thikka directed it.

Going into detail, the film was made slightly under a budget of 35 crores. This included making plus print and publicity costs. As big names like Mahesh Babu were involved, the theatrical rights were sold for 27 crores in total.

Seeing this, almost the entire budget of the film was recovered from just the nontheatrical rights themselves. So, combining the theatrical revenue, the film’s business stands at 60 crores in total.

With Major, the makers have made over 25 crores in profit which is spectacular. Not only did the film give a fitting tribute to Major Sandeep Kishan but it also made the producers super happy.