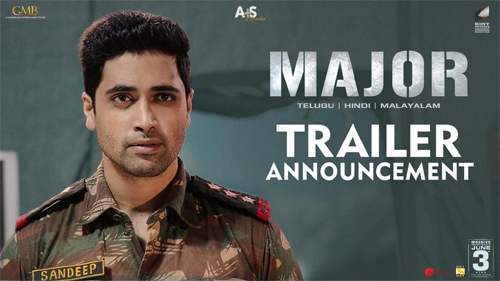 Young and promising actor Adivi Sesh is coming up with another intriguing thriller, Major. Directed by Sashi Kiran Tikka, the biographical movie is scheduled to hit screens worldwide in theaters on June 3, 2022.

As announced earlier, the makers released a well-cut video cut to unveil the release date of the theatrical trailer of the movie. Going by the glimpse, the trailer is locked to release on May 9, 2022, on YouTube. The action-packed glimpse has also revealed that the movie was shot both in Telugu and Hindi simultaneously.