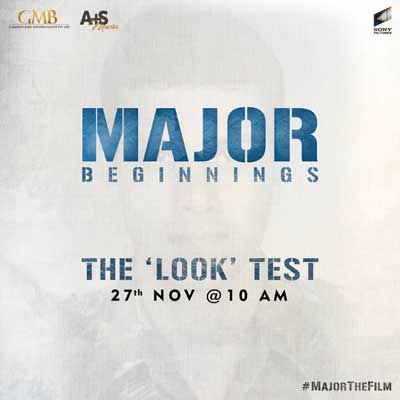 It’s well known that Adivi Sesh is currently acting in a film titled Major. The film is set in the backdrop of the 26/11 Mumbai terror attacks and it highlights the sacrifice of Major Sandeep Unnikrishnan, the NSG commando who was martyred at the Taj Mahal Hotel in Mumbai during a counter operation.

Major’s makers revealed that the film’s ‘look test’ will be out tomorrow at 10 am. The film is being produced by Mahesh Babu’s GMB Entertainments in association with Sony Pictures Productions and A+S Movies. Bollywood actress Sobhita Dhulipala plays a key role in this Shashi Kiran Tikka directorial.