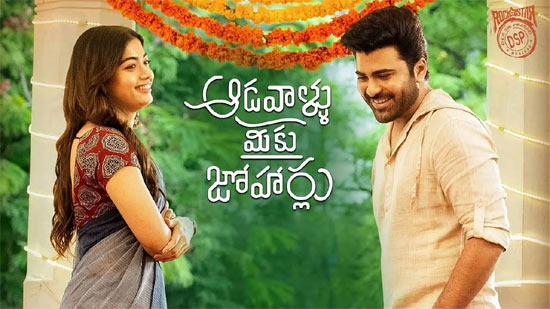 Adavallu Meeku Joharlu is a film which was busy with its promotions in a big way as they set the release date on the 25ht of this month.

The trailer was supposed to be launched in a big way today by Sai Pallavi and Keerthy Suresh in a big event. But that event has been postponed as of now.

This clearly indicates that the film has been postponed and will arrive at a later date. Now, the news is that the film will release on the 4th of March in a big way.

All this is happening because of Bheemla Nayak which will be out on the 25th of this month which was supposed to be AMJ’s date.