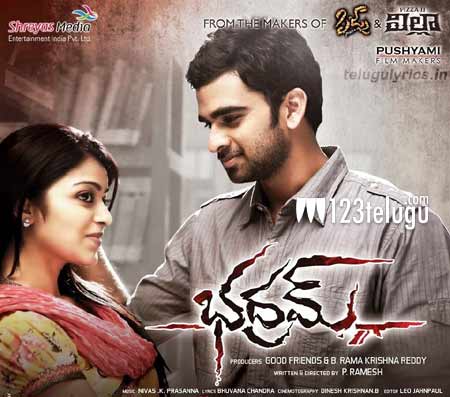 The exam season is causing a lull at the Box Office and not many interesting films are coming out. This Friday, a host of films are releasing but only one movie looks very promising and that is the film ‘Bhadram’

Then film is a dubbed version of the Tamil film ‘Thegidi’ and the movie has done remarkably well in Tamil Nadu. In the absence if any opposition, the film is expected to do well here. Ashok and Janani will be sharing the screen as the lead actors in this movie and their performances are a big highlight for the film.

Ramesh is the director of ‘Bhadram’ and Nivas has composed the tunes. Shreyas Media and B. Ramakrishna Reddy are the joint producers of this movie.