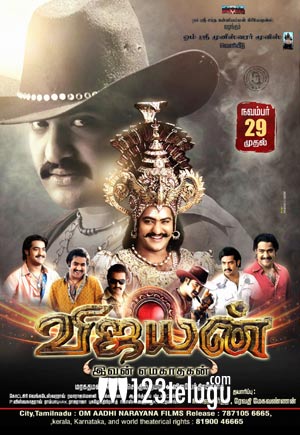 Tamil fans of Rajamouli and NTR have a special surprise coming soon. The star actor-director duo’s 2007 socio-fantasy entertainer, Yamadonga, is all set for its Tamil release on the 29th of this month. The film has been titled Vijayan in Tamil.

Yamadonga was a big hit upon its release nearly 12 years ago. The film has Priyamani and Mamata Mohandas as the female leads, while veteran hero Mohan Babu played the role of Yamraj. I’m Adhinarayana Films is releasing Vijayan in Chennai and across Tamil Nadu in a grand manner.