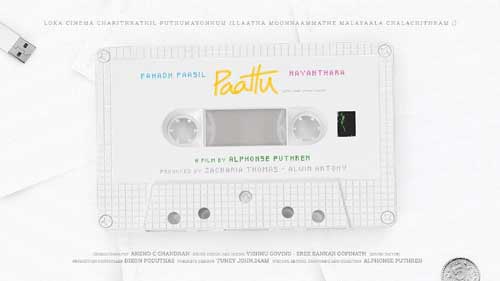 Now, after 5 years since the release of his previous movie, Alphonse has announced his next movie today. Titled Paattu, the film is a romantic musical and it will feature top stars Fahadh Faasil and Nayanthara in lead roles. Interestingly, apart from penning the script, directing and editing the film, Alphonse will also be scoring the soundtrack.