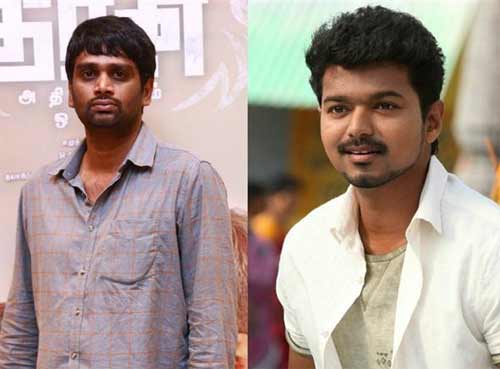 If the latest buzz in Kollywood circles is anything to go by, talented young director H Vinoth, who is currently busy with leading Tamil hero Thala Ajith’s Valimai, may next helm a film featuring Vijay. Apparently, H Vinoth is in talks to direct Thalapathy’s 66th film.

H Vinoth had reportedly met with Vijay a couple of years ago and even narrated a political drama story. But, Vijay, who was acting in the political thriller, Sarkar, those days, had asked Vinoth to wait until the political climate in Tamil Nadu settles down. Vijay is currently relishing the success of Master and he will be joining hands with young director Nelson for his 65th film in February.

If things go as expected, the Vijay-H Vinoth film will be bankrolled by Lalith Kumar, the leading distributor and producer who recently released Master.