After Aravindha Sametha, Pooja and Eesha to be seen in this much-awaited film?
Published on Feb 4, 2020 9:29 am IST 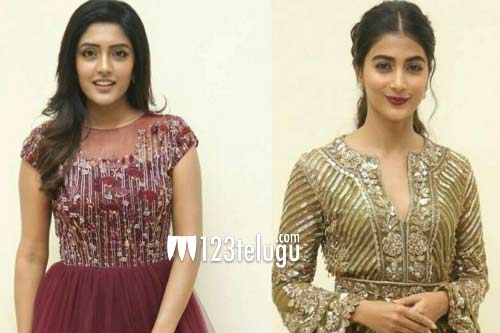 Popular heroines Pooja Hegde and Eesha Rebba were last seen together in NTR and Trivikram’s 2018 film, Aravindha Sametha. Now, if the latest reports are anything to go by, both the young beauties may share screen space yet again.

Apparently, the makers of Akhil Akkineni’s much-awaited romantic family entertainer, tentatively titled Most Eligible Bachelor, are planning to rope in Eesha Rebba as the other female lead in the movie. However, an official announcement is awaited in this regard.

Akhil4’s next schedule will take place from February 12. The entire shoot will be wrapped up by Feb end or March, and the movie will be hitting screens in summer. This Bommarillu Bhaskar’s directorial is being produced by Bunny Vas and Vasu Varma under Allu Aravind’s presentation.