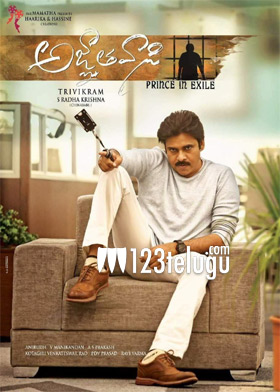 After the stunning success of ‘Bayatiki Vachi Chuste’, the first song from Powerstar Pawan Kalyan-Trivikram Srinivas’ Agnyathavaasi, the team is gearing up to launch the second single. Titled as ‘Gaali Vaaluga’, the song is going to be launched soon and the makers are going to announce the release date of this song on December 7.

The film’s shoot was recently wrapped up in Hyderabad after a brief schedule in Europe and later in Varanasi. Currently, Trivikram is busy with the post-production of the movie and recently, he got both the film’s leading actresses – Keerthy Suresh and Anu Emmanuel – to dub their own voices for their respective roles.

Anirudh Ravichander has scored the music. The film is slated for release on January 10.