After being trolled, Sushanth Singh’s ex-girlfriend visits his residence
Published on Jun 17, 2020 12:01 am IST 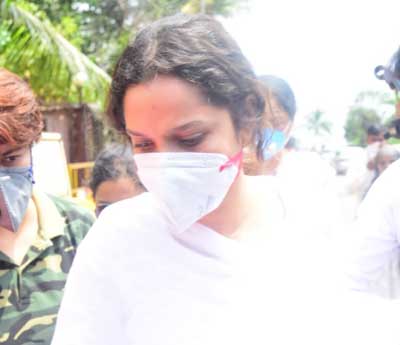 It is a known fact that Sushanth Singh Rajput ended his life by hanging himself in his residence. His current girlfriend, Rhea Chakraborthy was there throughout the funeral since yesterday.

Now, the latest we hear is that Sushanth’s ex-girlfriend and TV star Anita Lokhande paid a visit to Sushanth’s home in Mumbai. Sushanth was in a relationship with Ankita from 2010 to 2016 and they had a big break up after Sushanth made it big in films.

Many thought that Sushanth would marry Anikta but he shocked many by breaking up with her. This was one of the sad episodes of his personal life. Since Sushanth’s death, Anitka was being trolled badly on social media by his fans.