After Bollywood, Nabha Natesh to debut in Kollywood
Published on Aug 3, 2021 8:00 am IST 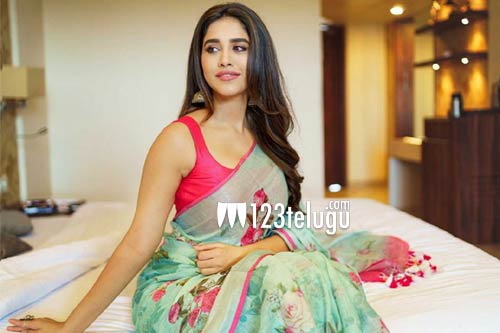 iSmart Shankar girl Nabha Natesh recently made headlines for being the front-runner to play the female lead opposite Bollywood macho hunk Hrithik Roshan in a web-series. Touted as an official remake of the acclaimed British spy thriller series, The Night Manager, will mark both Hrithik and Nabha’s OTT debut.

Now, after Bollywood, Nabha seems to be hearing up for her Kollywood debut. Apparently, the young beauty has been in his with a leading Tamil production house. An official announcement regarding Nabha’s maiden Tamil flick is expected soon. Bengaluru beauty Nabha made her acting debut with the Kannada film, Vajrakaya. She later forayed into Tollywood and gained prominence with iSmart Shankar.