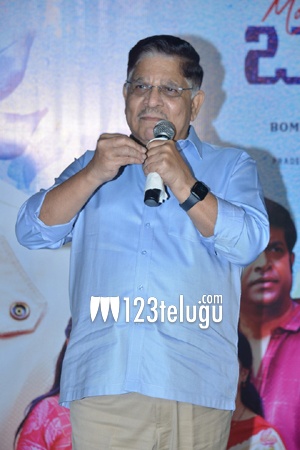 Veteran producer Allu Aravind is the latest Tollywood celebrity to have appealed to Andhra Pradesh Chief Minister YS Jagan Mohan Reddy to resolve the various issues that have been causing distress to the Telugu film industry. During Most Eligible Bachelor’s trailer launch event, Allu Aravind requested the CM to consider his appeal as the entire industry’s appeal and do the needful at the earliest.

“If the King wills, there will not be shortage of boons. A lot of families are dependant on the success of movies that are ready for release. I request the CM to support us as ever and bail out the industry,” the senior producer said.

Already, stars like Chiranjeevi, Nagarjuna and Pawan Kalyan spoke about the issues faced by Tollywood. While Chiru and Nag were courteous in their appeal, Pawan went all guns blazing at the AP government and it led to a huge controversy.