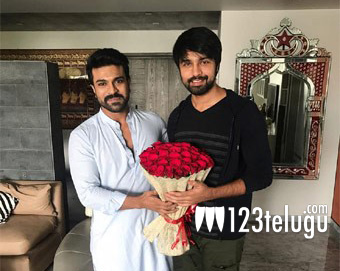 Megastar Chiranjeevi’s son-in-law Kalyaan Dhev made his acting debut with Vijetha. This emotional family drama released yesterday to a modest response. Kalyaan managed to come up with a decent performance on his debut.

This morning, Chiru congratulated Kalyaan and the Vijetha’s team. And this evening, Ram Charan met Kalyaan and congratulated his brother-in-law on his debut film’s release. “A good debut,” Charan said about Kalyaan’s debut. Charan also congratulated the film’s team for coming up with “a good family entertainer.”