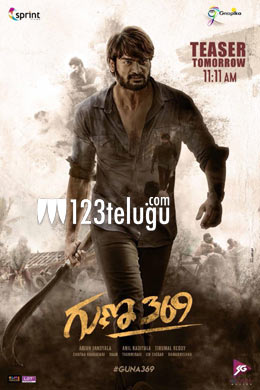 RX 100 hero Karthikeya delivered a disaster with his latest outing, Hippi. Undeterred, the young hero is eagerly waiting for the release of his upcoming film, an intense and romantic action drama titled Guna 369. Karthikeya took to Twitter and made an honest confession about Hippi’s failure.

Karthikeya said that he failed to meet the expectations last time (with Hippi) and that Guna 369 will make everyone ‘proud’. He further said that the film’s director Arjun Jandhyala will be remembered for a long time. He also revealed that Guna 369’s teaser will be out tomorrow (June 17).

Guna 369 has Malayali actress Anagha Maruthora as its leading lady. Anil Kumar and Tirumala Reddy are jointly producing the film. Stay tuned for the teaser.