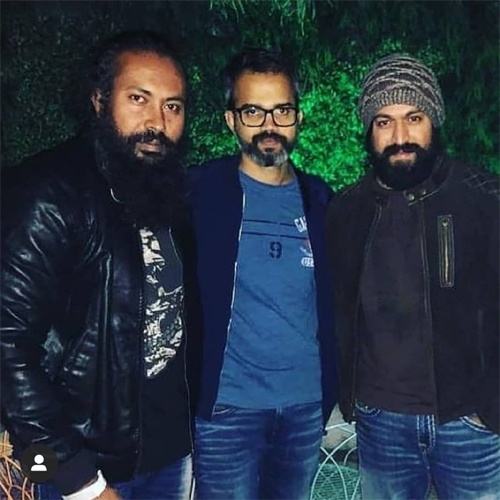 Not many are aware that Kannada actor Ramachandra Raju (Ram), who played the dreaded villain Garuda in the blockbuster gangster drama, KGF Chapter 1, was once a bodyguard to the film’s hero Yash. Both Ram and Yash wanted to act together someday and impressed with Ram’s looks and performance, KGF’s director Prashanth Neel offered him the main antagonist in the film’s first installment.

Now, in a latest interview, Ram has revealed that he has signed his maiden Tollywood project and that an official announcement will be out soon. However, Ram was tight-lipped about the project and his role in it. He speaks decent Telugu and those who admired his work in KGF can expect to see a lot more of him in the future. Ram is all set to make his debut in Kollywood with Karthi, Rashmika’s Sulthan.