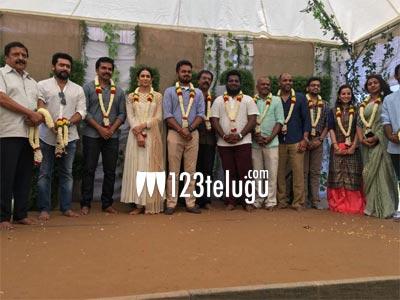 Released last year, the Karthi and Rakul Preet-starrer racy action thriller, Theeram Adhigaram Ondru (Khakee in Telugu), went on to become a huge hit in both the languages. The hit pair has joined hands once again for yet another action thriller that’s been launched this morning.

Karthi and Rakul’s latest Tamil film will be directed by debutant Rajat Ravishankar and produced by Prince Pictures’ S Lakshman. This as-yet–untitled film’s regular shooting will kick-start from March 8 and a majority of the shoot will take place in The Himalayas and Europe. Harris Jayaraj is the film’s music composer.