After Mahesh and Samantha, another special guest on EMK
Published on Oct 9, 2021 1:00 am IST 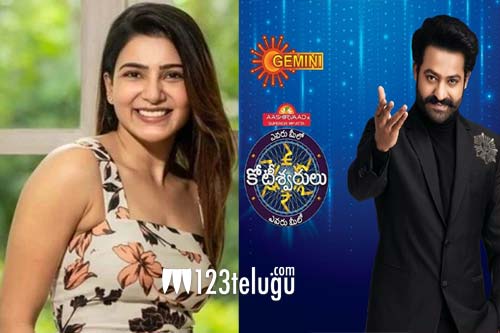 It is known that Mahesh Babu and Samantha will be featuring in two independent episodes of Jr NTR’s Evaru Meelo Koteeswarulu.

The show runners plan to film Tamannaah’s episode in the next week or so. Meanwhile, Mahesh Babu’s episode is set to be televised this Dussehra. Samantha’s episode might be premiering by the end of this month or early next month.

As for Tamannaah’s episode, it will be telecasted later next month.