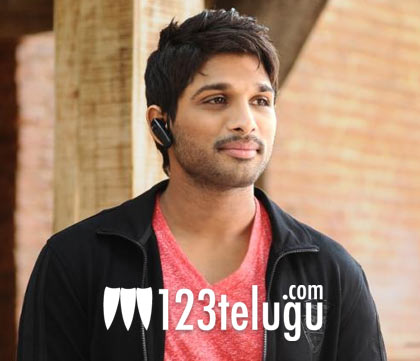 Stylish Star Allu Arjun’s ‘Julay’ is gearing up for a release on the 13th of this month. With the super success of Power Star Pawan and Mega Power Star Charan, the onus is now on Bunny to come up with a successful film to make it a memorable summer for the family. Allu Arjun himself said something similar to this effect at a press meet held today. “After the super success of Racha and Gabbar Singh, the pressure is on me to deliver. But I think we have a good film on hand and we will succeed”, he said.

A special promo song for the movie is being shot in the old city on Allu Arjun and this is a first for Telugu Cinema. Director Trivikram Srinivas is working very hard to make the movie a big success and Radhakrishna is the producer. Music has been composed by Devi Sri Prasad.