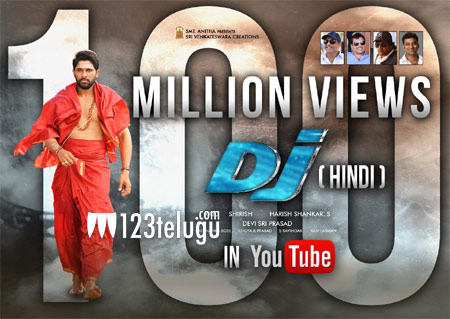 Released in June last year, Allu Arjun’s Duvvada Jagannadham went on to collect over 70 crore share and ended up as the all-time second highest grosser in the Stylish Star’s career. The film was later dubbed in Hindi and has been setting YouTube on fire since November last year.

These phenomenal numbers once again reiterate the craze for Allu Arjun’s movies beyond the Telugu states and Kerala.