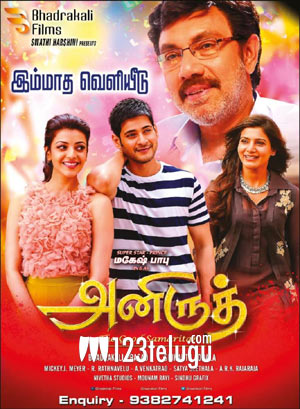 We had reported already that Brahmotsavam has been dubbed in Tamil as Anirudh. The Tamil version has been waiting for the right date for release since summer earlier this year. After several postponements, the latest update reveals that Anirudh will finally be hitting the screens on August 3. Bhadrakali Pictures is releasing Anirudh across Tamil Nadu.