After socio-fantasy, young actors reunite for a sci-fi thriller
Published on Mar 6, 2018 9:40 am IST 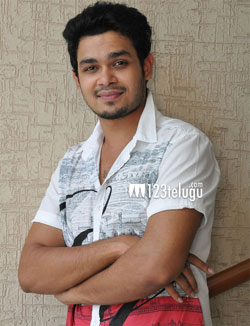 Young actors Naga Anwesh and Hebbah Patel paired with each other for the first time in Angel, a socio-fantasy thriller that released last year. And now, Anwesh and Hebbah have teamed up once again for a sci-fi thriller.

Recently, Naga Anwesh’s latest film was launched in style. A latest update reveals that Hebbah has been roped in as the film’s leading lady. This as-yet–untitled film is being directed by debutant Sri Krishna and produced by London Ganesh. A major part of the shoot will take place in Hyderabad, London and a forest on the outskirts of Hyderabad.