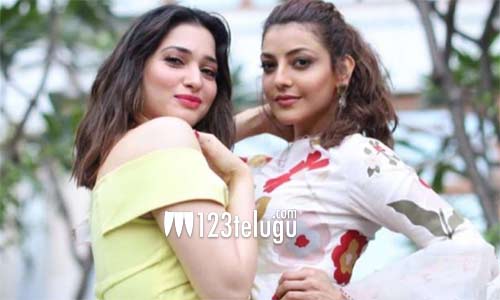 Star heroine Tamannaah was recently seen in her maiden Telugu web-series, 11th Hour, which streamed on Allu Aravind’s Aha. Now, yet another star actress, Kajal Aggarwal, is said to be in talks for her first ever Telugu web-series on Aha.

The series is interestingly titled 3 Roses and it has been scripted by noted director Maruthi. Official announcement regarding the series’ cast and crew members and launch details will follow soon. Kajal’s latest theatrical outings were Mosagallu and Mumbai Saga. She is currently working on Chiranjeevi’s Acharya and Nagarjuna’s action thriller.