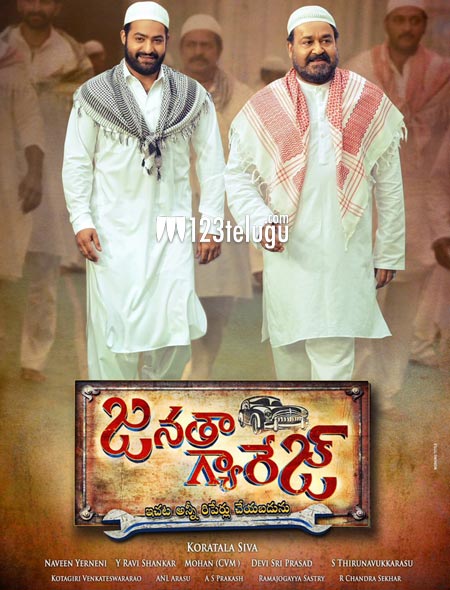 The much awaited teaser of Young Tiger NTR’s upcoming action entertainer, Janatha Garage, continues to storm YouTube. The teaser has clocked more than 2.2 million views until now, with 58K plus likes. Meanwhile, the craze is no less in Kerala as the Malayalam teaser has notched up more than 7 lakh views with 13K plus likes.

According to the latest reports coming in from the Malayalam film circles, Janatha Garage’s teaser became the fastest to reach the 7 lakh views and the craze is only increasing with each passing hour. The Malayalam version relies heavily on Mohanlal’s star power, which is naturally doing wonders for the film.

This Koratala Siva’s directorial is currently a hotcake in Telugu and Malayalam film industries and several opening day records are bound to be broken on August 12.