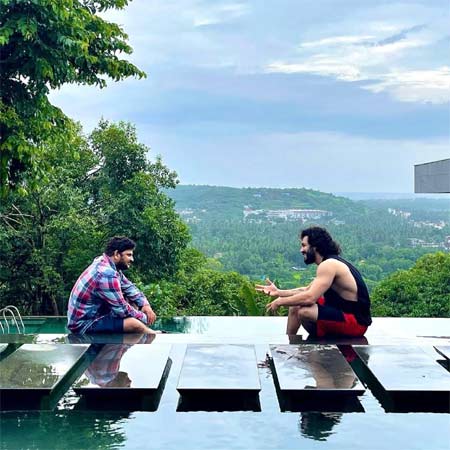 It is a known fact that Akhil is shooting for a film called Agent in the direction of Surender Reddy. The shoot is on a break as of now and very soon a new schedule will start.

Akhil is giving his life and soul and will be seen in a beast look in this film. He has now shared a picture where he is seen discussing the project with his director Surender Reddy on a hilltop.

Akhil is seen in long hair and a chiseled body. The film will have some of the biggest action sequences ever made in Telugu cinema as per the news.