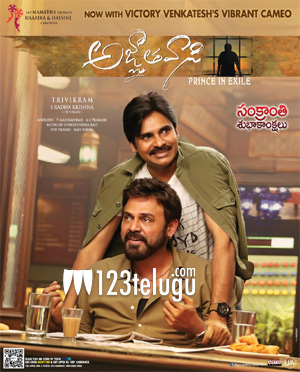 Agnyaathavasi is one film which opened in record number of theaters in the US. This has helped the film big time as it opened to some good collections all over. The latest we hear is that the film has crossed the coveted 2 million mark in the US.

With the film receiving a disappointing talk from the day one the collections have dropped drastically. We need to see hos much will the film collect in the coming days.

Trivikram directed this film which has been produced by Haarika and Haasine Creations. Anirudh scored the music.