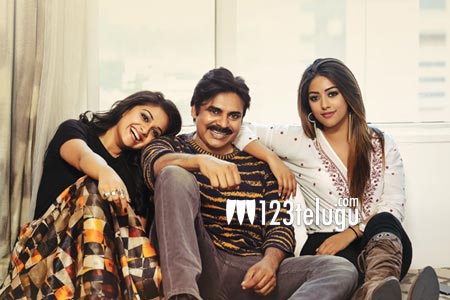 Despite the mixed reviews and disappointing word of mouth, Power Star Pawan Kalyan’s Agnyaathavaasi utilized the hype surrounding it and packed a solid punch at the box-offices worldwide. The film has set non-Baahubali 2 opening records in most areas.

In Nizam, Agnyaathavaasi collected around Rs.5.40 Crs worth share on its opening day. Trade circles are expecting the film to cash in on the Sankranthi holiday advantage from today onwards. However, Agnyaathavaasi may face a tough competition from Jai Simha and Gang in B, C centres.