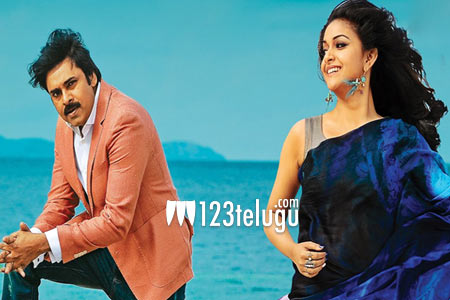 Power Star Pawan Kalyan’s latest release, Agnyaathavaasi, may have released to mixed reviews yesterday, but the film has broken several non-Baahubali 2 records at the box-offices worldwide. In Chennai, Agnyaathavaasi has set an all-time record for any Telugu movie.

As per the Tamil trade reports, Agnyaathavaasi has collected a gross of 24 lakhs from 51 screens on its opening day in Chennai. With this, the film has surpassed the previous best, Megastar Chiranjeevi’s Khaidi No.150 (20 lakhs).

However, with the Tamil Pongal biggies like Suriya’s Thaanaa Serndha Koottam, Vikram’s Sketch and Prabhu Deva-Hansika’s Gulebagavali gearing up for release on January 12, Agnyaathavaasi’s performance at the box-office remains to be seen. Stay tuned for more continuous updates.