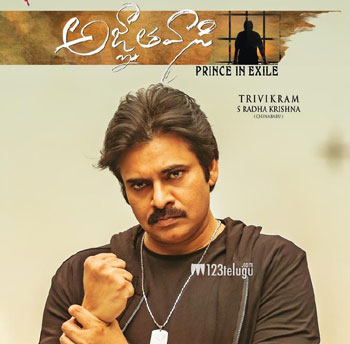 The censor formalities for Power Star Pawan Kalyan’s highly-anticipated silver jubilee film, Agnyaathavaasi, have been slightly delayed, and the clearance will be given any time soon. Meanwhile, the film’s music composer Anirudh Ravichander and his team are currently busy wrapping up the background score.

Now that the film’s post-production formalities are nearing completion, the entire attention is centered on the Kodaka Koteswara Rao song crooned by the Power Star. The song will be out tomorrow evening, as a New Year Eve’s treat.

Directed by Trivikram Srinivas, Agnyaathavaasi stars Keerthy Suresh and Anu Emmanuel as the female leads. S Radhakrishna has produced this high budgeted entertainer. The film is slated for a grand worldwide release on January 10.