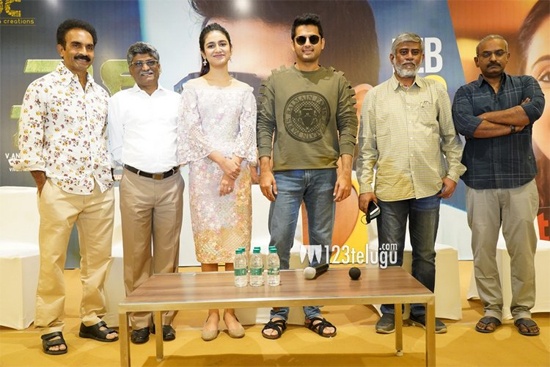 Hero Nithiin, Rakul Preet Singh and Priya Prakash Varrier’s intense courtroom drama, Check, is gearing up for release on February 26. As part of the film’s promotions, the makers interacted with the media this evening.

Speaking at the meet, Nithiin revealed that he had agreed to act in Check within in just 15 minutes into the narration given by the film’s director Chandrashekhar Yeleti. “There is a unique point in the script which appeared very fresh to me. Check is quite different from all my previous movies. I had worked hard physically while shooting for Check. I’ve seen the output recently and it gave me a lot of confidence on the film’s success,” Nithin said.

Check is produced by Anand Prasad under Bhavya Creations banner. Kalyani Malik is the music composer