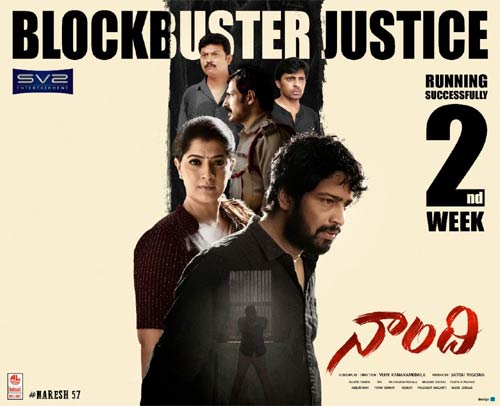 With Naandhi, hero Allari Naresh has finally scored a hit after a patient wait for 8 long years. His performance in this emotional courtroom drama has won everyone’s hearts. Kollywood actress Varalaxmi Sarathkumar’s performance too has been appreciated by critics and audiences alike.

Now, the latest update is that Allu Aravind’s OTT platform Aha had acquired Naandhi for Rs 2.75 crore. Apparently, the deal was finalized even before the film’s release. Naandhi will be having its digital premiere on Aha somewhere around mid-March. This Vijay Kanakamedala directorial has been produced by Satish Vegesna.