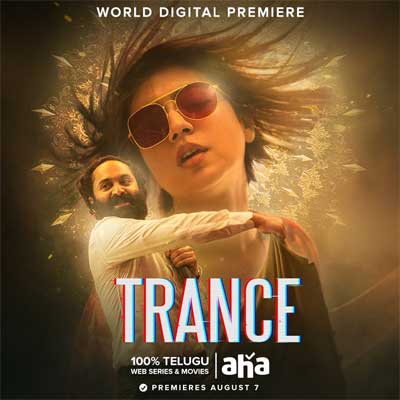 It is already reported that exclusive Telugu content provider Aha is bagging the rights of intriguing other language films and dubbing them in Telugu for their subscribers.

Continuing the trend, the streaming channel has bagged critically acclaimed Malayalam film, Trance. Starring Fahaadhi Faasil and Nazriya in the lead roles, the Telugu version of Trance is gearing up for a premiere on August 7th on Aha.