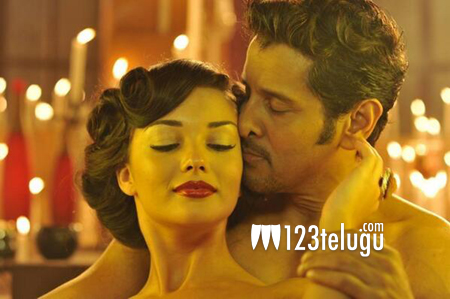 Tamil star Vikram’s next film Ai, is nearing it’s release date. Amy Jackson is the female lead, and the satellite rights of this film have been sold for a whopping price to Jaya TV. Reports reveal that these rights where sold for a whopping 22 crore.

Directed by Shankar, this movie is in the making from the past two years and is made at a whopping 185 crore. This movie had several hollywood technicians working for it. Hollywood stars Arnold Schwarzenegger will grace the audio launch of this film which is a rare feat in Indian cinema