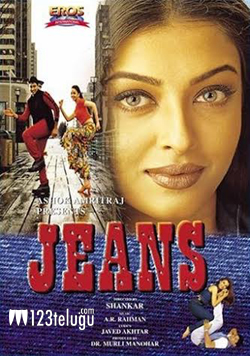 Former Miss World Aishwarya Rai and Tamil star Prashanth teamed up in 1998 for the romantic entertainer, ‘Jeans’. Star director Shankar handled that film and the movie did solid business in South India.

After 15 years, a sequel for this film seems to be shaping up. As per the latest reports being heard, Prashanth’s father Thyagarajan has registered the title ‘Jeans 2’ in the Film Chamber. Tamil media sources say that the film will be a sequel to the highly successful ‘Jeans’ .

Other details are still vague at this point of time. After ‘Jeans’, Prashant did not taste too much success at the Box Office and he is now reportedly pinning all his hopes on this film. We will bring you more details about this project very soon folks.