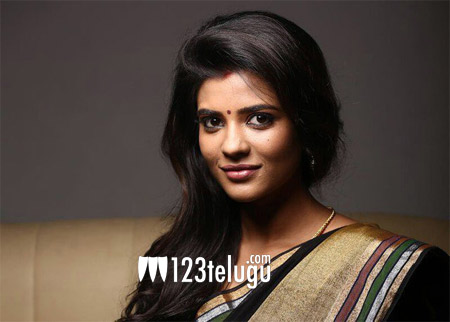 Aishwarya Rajesh is slowly but surely turning out to be one of the rising stars in Tamil cinema, after she shot to fame with Kaaka Muttai few years ago. She will soon be seen in Vetrimaaran’s magnum opus Vaada Chennai, and also Mani Ratnam’s Nawab.

Meanwhile, the actress has been roped in to play a crucial role in Vikram’s upcoming film Saamy². Directed by Hari, the film is a sequel to the hugely successful film Saamy which released back in 2003. The role was originally supposed to be played by Trisha; however, she walked out of the film citing creative differences with the team earlier this year. Now, Aishwarya Rajesh has stepped into her shoes to play the role.

Incidentally, this is the second time that Aishwarya will be seen alongside Vikram. The two have also teamed up in Gautham Menon’s Dhruva Natchathiram which is in the last stages of production.