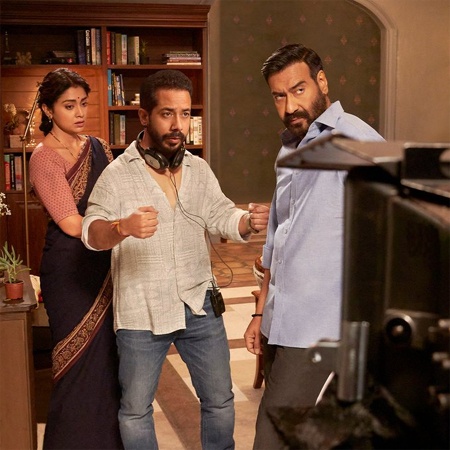 Bollywood actor Ajay Devgn, who played a significant role in Rajamouli’s RRR, has commenced the shooting of his upcoming movie, Drishyam 2, an official remake of the super hit Malayalam movie of the same name.

He took to social media and shared a pic directly from the sets of Drishyam 2. Besides Ajay Devgn, the photo also has the leading lady Shriya Saran and the director Abhishek Pathak. Veteran actress, Tabu, is also playing a crucial role in this crime thriller.

To say more about the movie, the shooting will happen in Mumbai and Goa in the coming months. Panorama Studios and T-Series have joined hands to produce Drishyam 2, which is being presented by Viacom 18.

On the other hand, Ajay Devgn-starrer web series, Rudra- The Edge of Darkness, is all set to stream on Disney Plus Hotstar from March 4, 2022.