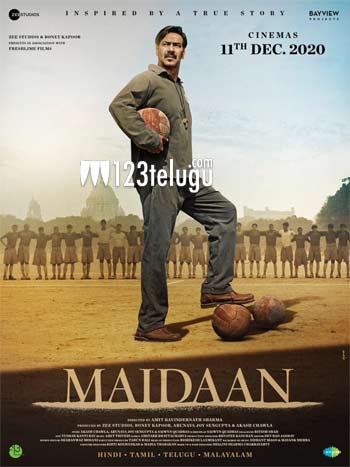 News is also that Maidaan will have a simultaneous release in all South languages along with Hindi. The film has Priyamani in the female lead role and Sridevi’s husband Boney Kapoor is bankrolling the project.

Amit Sharma is the director for Maidaan which is based on the legendary Indian football coach Syed Abdul Rahim.