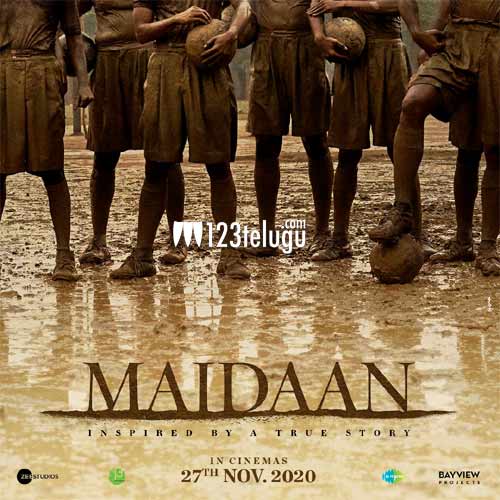 Bollywood star hero Ajay Devgn’s sports drama, Maidaan is in making from the past few years. This film is supposed to be happening beauty Keerthy Suresh’s Hindi debut but due to some unavoidable reasons, she was replaced with Priyamani.

Meanwhile, the latest update is that the film will hit the screens on November 27, 2020. Being directed by Amit Sharma is a film based on the legendary Indian football coach Syed Abdul Rahim. Sridevi’s husband Boney Kapoor is the producer. The film may have a simultaneous release in all South languages along with Hindi.