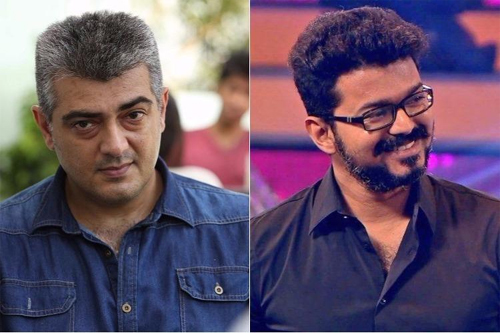 Thala Ajith and Thalapathy Vijay are the two leading stars of Tamil Cinema and a multi-starrer in their combination will surely leave their fans elated. If things go as expected, fans of both these star heroes may get to see them sharing screen space with the each other in near future.

Popular Kollywood director Venkat Prabhu, who had earlier directed Ajith’s super hit 2011 action thriller, Mankatha, revealed in a latest interview that he is trying hard to convince Ajith and Vijay to act in Mankatha’s sequel. Venkat Prabhu went on to say that both the heroes were keen to act together in the past and that he is waiting for the right script to kickstart the Ajith-Vijay multi-starrer.