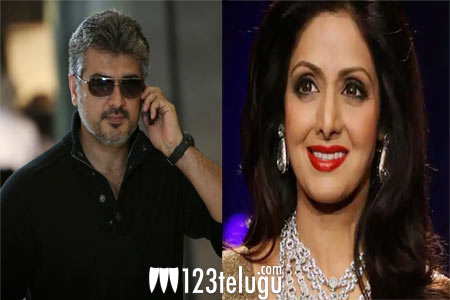 A couple of days ago, the Tamil remake of Amitabh Bachchan’s Pink had its formal launch in Chennai. Tamil star Thala Ajith reprises Amitabh’s role in the Tamil version. Khakee fame H Vinoth is directing the movie and Sridevi’s husband Boney Kapoor is producing it.

Addressing the media after the film’s launch, Boney revealed that during English Vinglish’s shooting, Sridevi had requested Ajith to act in their home production house. After Sridevi’s sudden demise, Ajith is now finally fulfilling her wish, not once but twice. Boney revealed that after Pink’s remake, Ajith will act in another film produced by him.