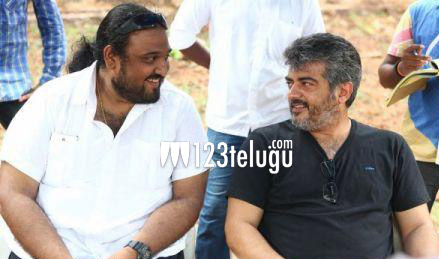 Ajith is on a all time high with his latest Tamil blockbuster ‘Veeram’. This movie was directed by Shiva, and Ajith is all set to work him once again.

Director Shiva, who is known for his action subjects, is expected to deliver one more powerful movie with Ajith. Sources reveal that Ajith had okayed this film on the sets of Veeram itself. Shooting of this movie will kickoff once the Ajit-Gautam Menon film completes.

Yet another interesting aspect is that director Shiva is most likely to direct this hit film ‘Veeram’ in Hindi too with Salman Khan reprising Ajith’s role.