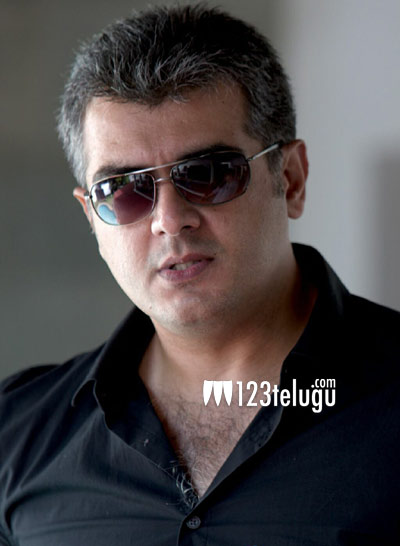 Being popular as Thala55, the Ajith starrer ‘Yennai Arindhaal‘ has just got its teaser launched yesterday night and took the social media by storm. The teaser showcased Thala Ajith in a never seen before mass look. Ever since the release of ‘Billa’, the reclusive star of Tamil cinema, Ajith’s stardom grew by leaps and bounds, and this stylish star draws phenomenal adulation from his fans worldwide. The film has been directed by Gautam Menon, who is considered a specialist in slick, romantic entertainers.

As per the latest info, Ajith will be seen in four different getups, and the film’s stylish and suave first look photographs which have been released couple of weeks ago showcased Ajith in an ultra mass getup. Anushka and Trisha pair up with Ajith, and the film has been produced by the reputed Sri Surya Movies headed by AM Ratnam.